skip to main | skip to sidebar

Flight of the intruder 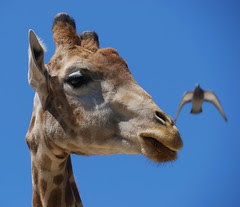 up in the sky
Originally uploaded by el.rodrigues

A few weeks ago in the SF Chronicle...
newspaper of San Francisco, there was an article written by a local reporter who went to Wall Street in New York City to interview some Wall Street guys. One was a 29 year old man. He was eating a $600 breakfast at a super swank restaurant.

The SF Chronicle reporter asked him if he thought that was a wise thing to do (this was in April 2009). The young 29 year old Wall Street dude blithely answered, "If you'd ask me back in October 2008 if I'd be eating a $600 breakfast, I'd have said no. But you guys just gave us 30 billion, so it's business as usual."

My claim is that what is behind these activities is not the stereotypical capitalist mentality of cold logic, a lack of normal feelings, and an unbridled appetite for gain. Rather, I see the Barbaric Heart.
...

THE NATURAL MODE of reasoning for the Barbaric Heart is simple enough to describe. It was the logic not only of the ancient northern hordes, clothed in animal skins, but of the Roman Empire and the Western civilization that followed as well. (That must be our first deconstructive insight: the barbarian is not an “other” to be driven away in the name of civilized virtue.) For the Romans, virtue simply meant success, usually military success. Valor. That was the heart of Romanitas. For the Roman forces under Scipio Aemilianus at the end of the Third Punic War against Carthage, the routine was well understood: half of the time would be devoted to violence, to killing every human and dog and cat that crossed their path, and half the time would be given to plunder, to the transfer of every valuable material thing back to Rome, especially gold and silver things. Roman violence was above all orderly. As a consequence, as Polybius wrote, Rome “billowed in booty.”

This is the barbaric calculation: if you can prosper from violence, then you should go ahead and be violent. In short order the Barbaric Heart is led to conclude that in fact prosperity is dependent on violence. Therefore, you should be good at violence, for your own sake and the sake of your country. That was Roman virtu. Which is a way of saying that the barbaric itself is a form of virtue, especially if you think that winning, surviving, triumphing, and accumulating great wealth are virtues, just as, in order, athletes, Darwinians, military commanders, and capitalists do. Ultimately, these types are all the same. The athlete, the soldier, and the businessman all want to “win,” and by whatever means necessary.

Reasons to be cheerful, part 5